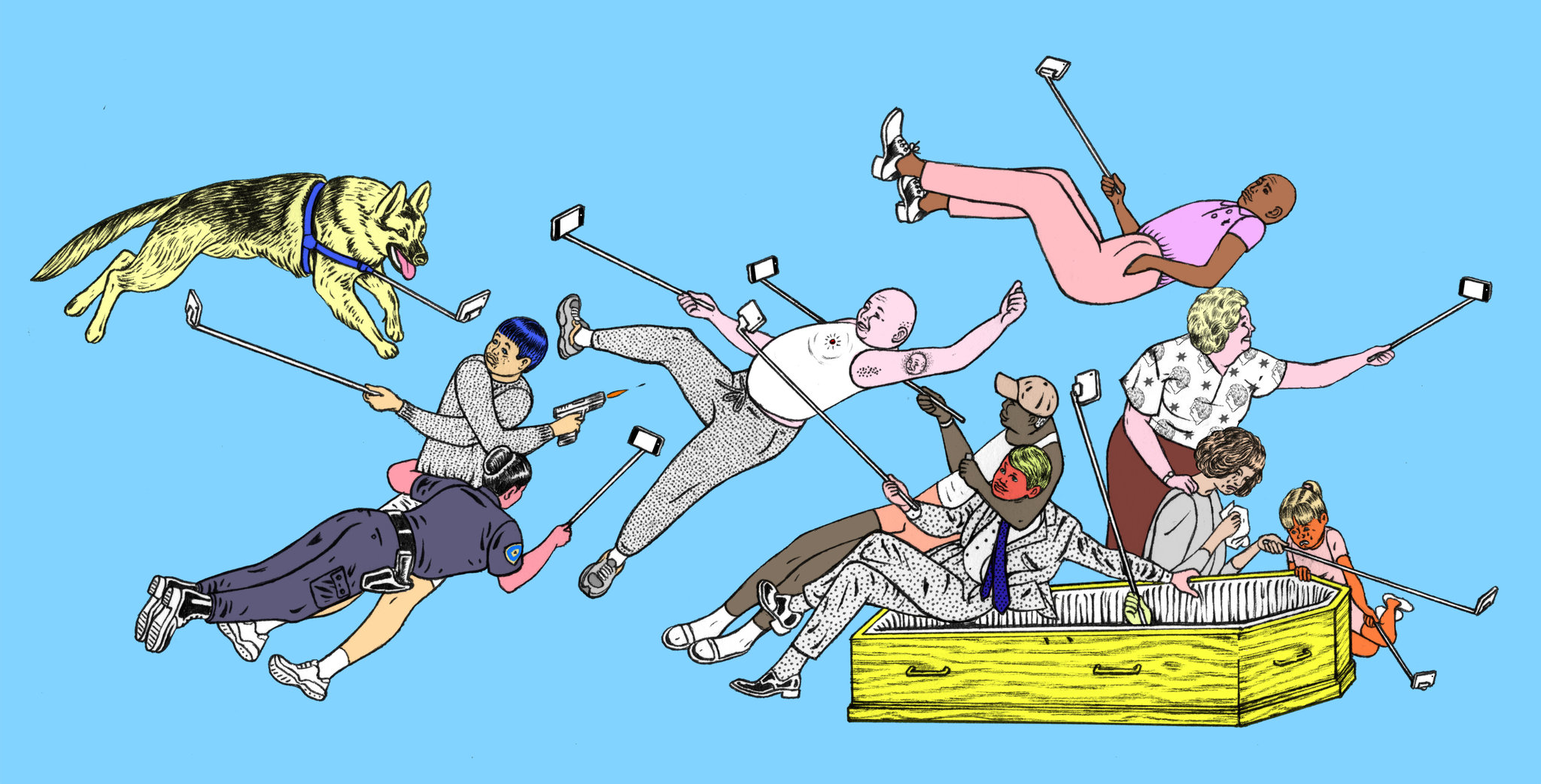 What Selfie Sticks Really Tell Us About Ourselves, for the New York Times 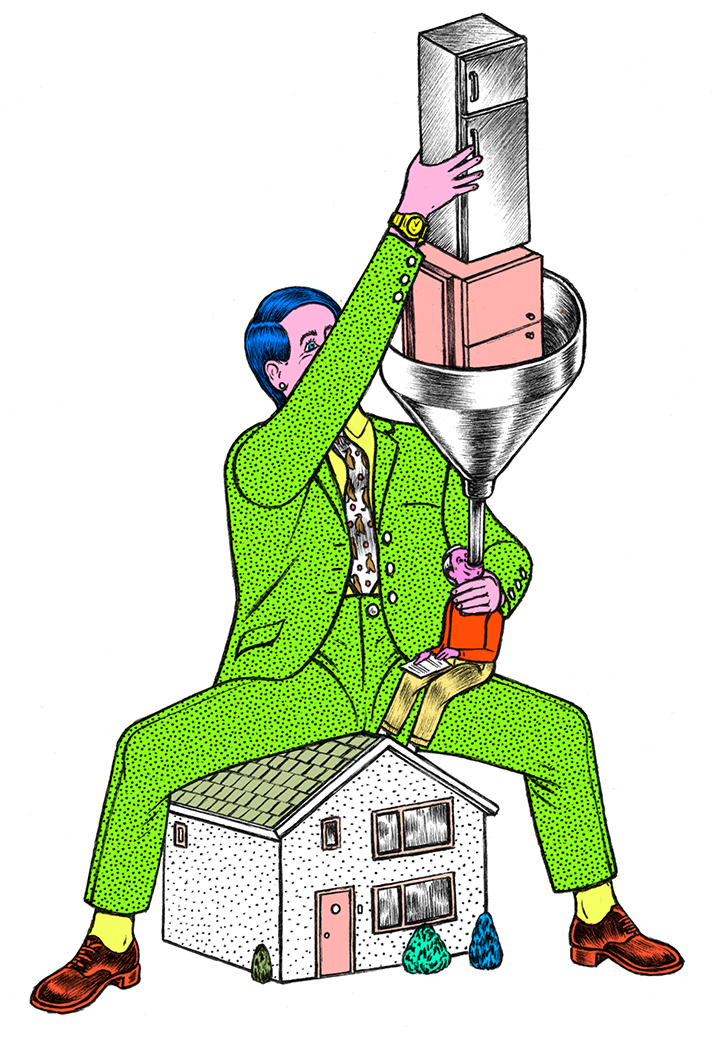 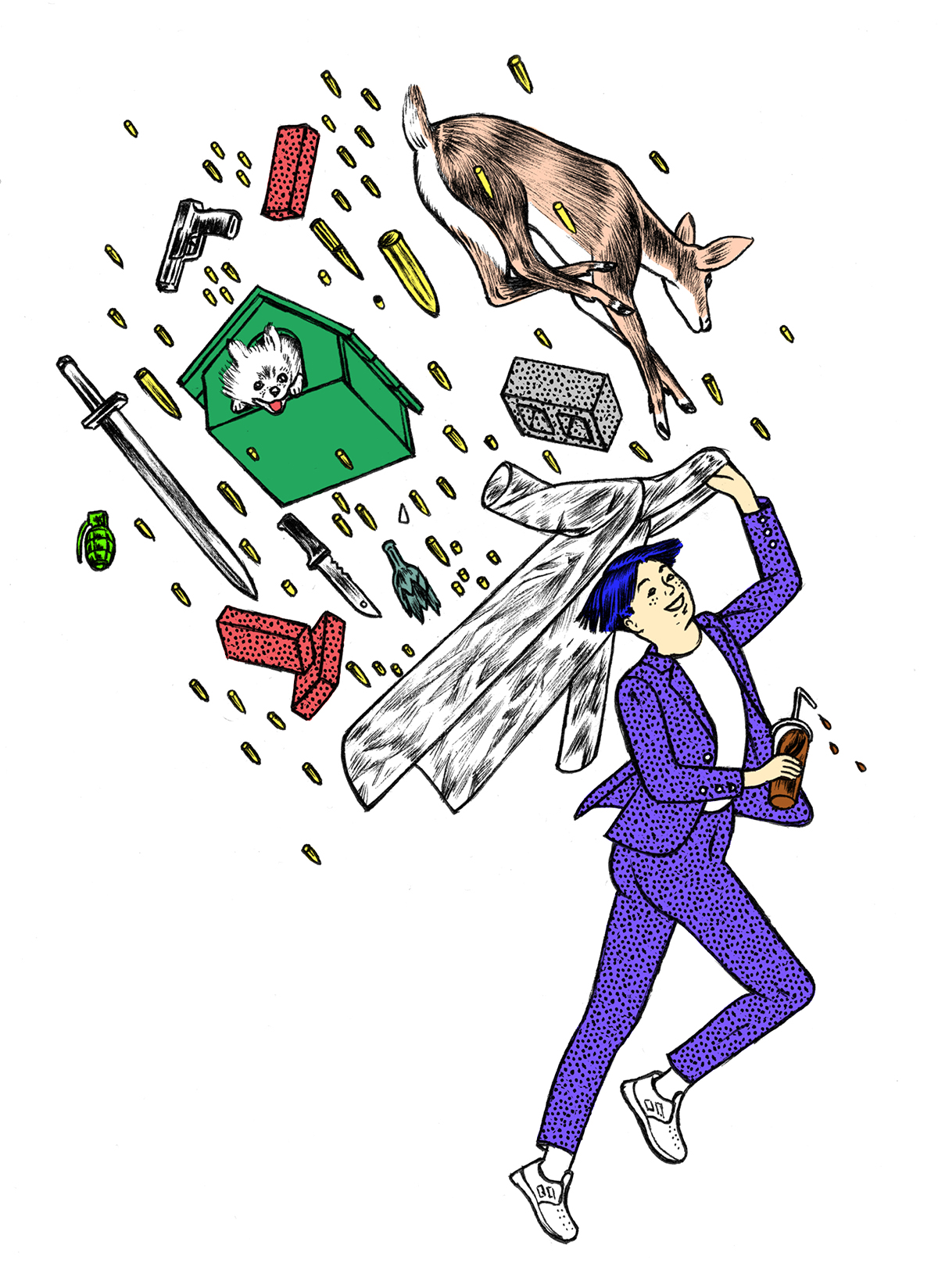 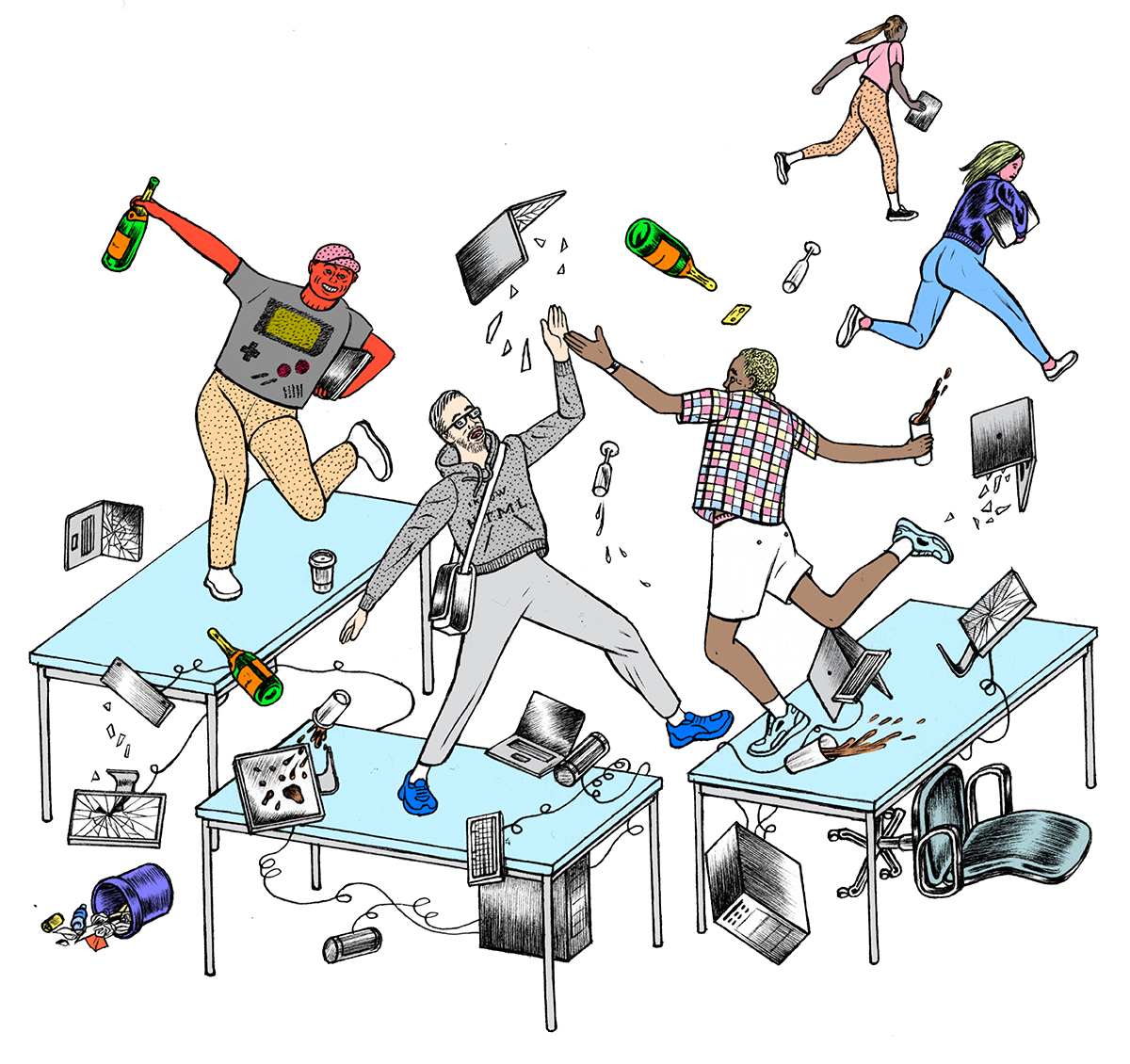 Jerks and the Start-Ups They Ruin, for the New York Times The economist as plumber, for The New York Times Magazine Illustrated interview for 2x4 Design Studio as part of a section in their book Multiple Signatures. 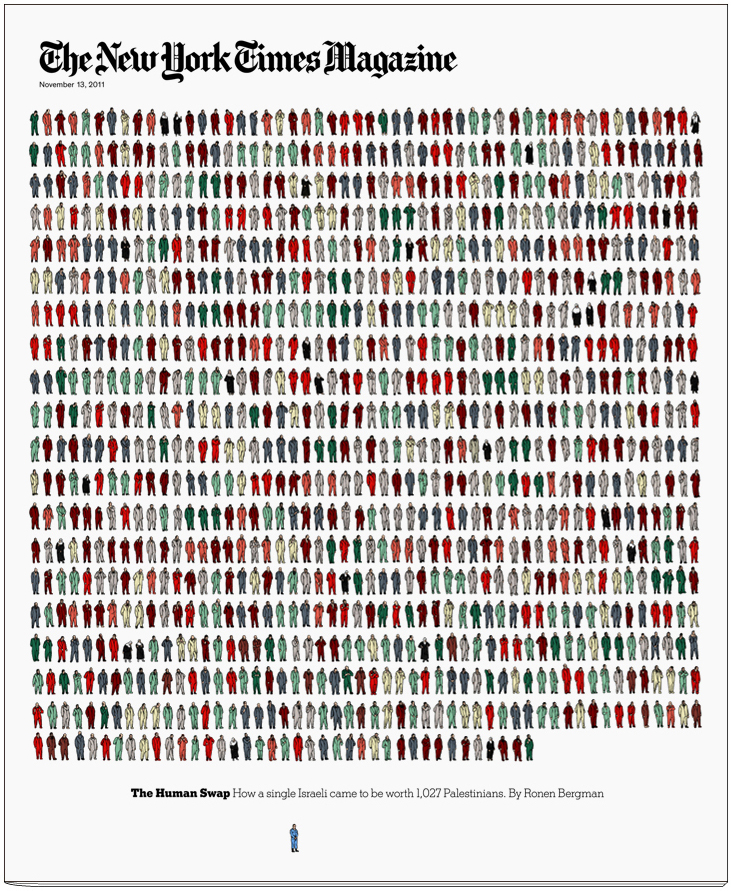 In exchange for the return of captured Israeli soldier Gilad Shalit, Prime Minister Benjamin Netanyahu agreed to release 1.027 Palestinian captives. All 1.028 figures, including Gilad, are unique and drawn by hand. This labor-intensive approach conveys an important point: that each prisoner is an individual with his or her own identity. For an article by Yiren Lu on Silicon Valley’s youth problem: "In start-up land, the young barely talk to the old (and vice versa). That makes for a lot of cool apps. But great technology? Not so much." 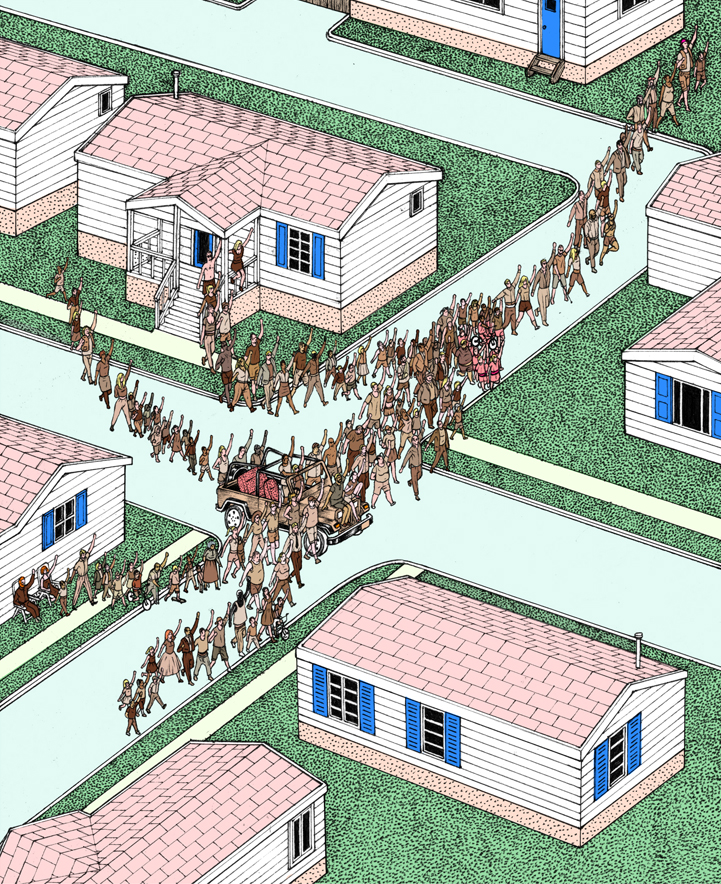 What’s a Monkey to Do in Tampa?, for The New York Times Magazine 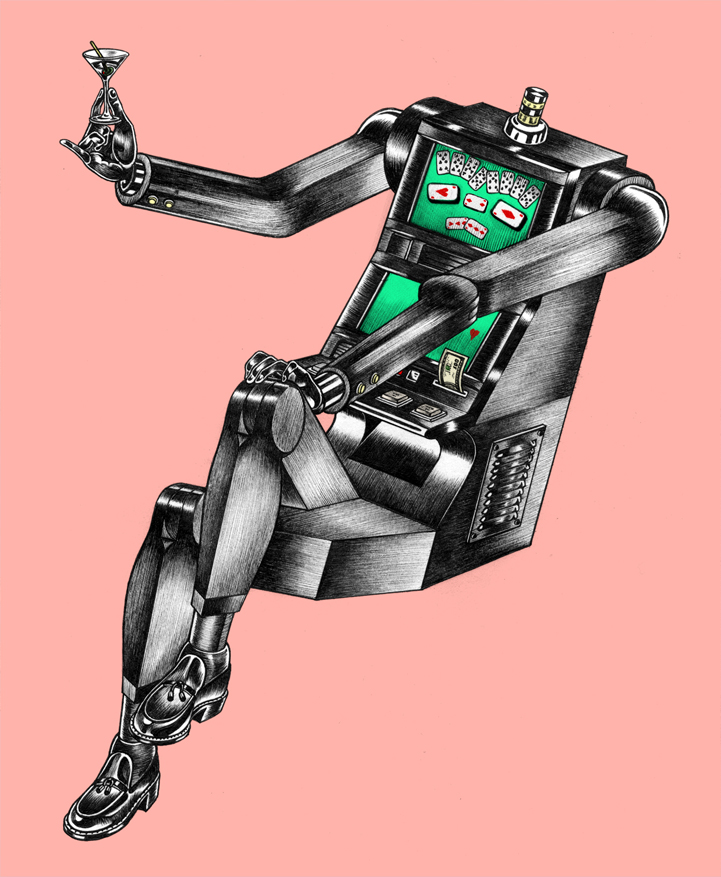 Illustration for the The New York Times Magazine: The Steely, Headless King of Texas Hold ’Em. About how a poker-playing machine taught itself to be all but unbeatable. 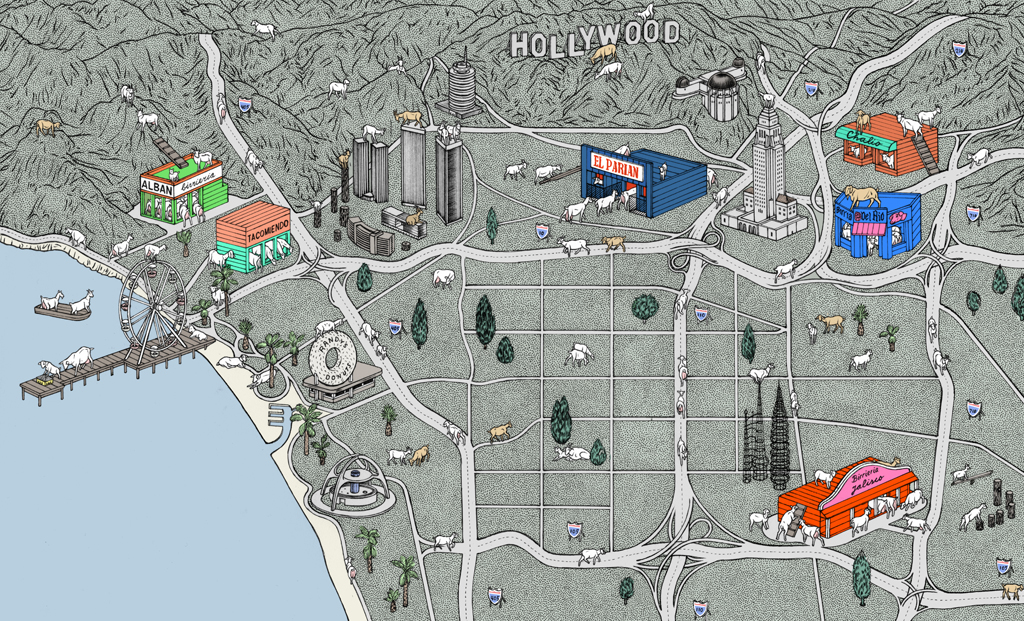 Illustration for The New York Times Sunday Review:  Inside The Mind of Worry

From the article by David Ropeik: "We make all sorts of ostensibly conscious and seemingly rational choices when we are aware of a potential risk. We eat organic food, max out on multivitamins and quickly forswear some products (even whole technologies) at the slightest hint of danger. We carry guns and vote for the candidate we think will keep us safe. Yet these choices are far from carefully considered — and, surprisingly often, they contravene reason. What’s more, while our choices about risk invariably feel right when we make them, many of these decisions end up putting us in greater peril." 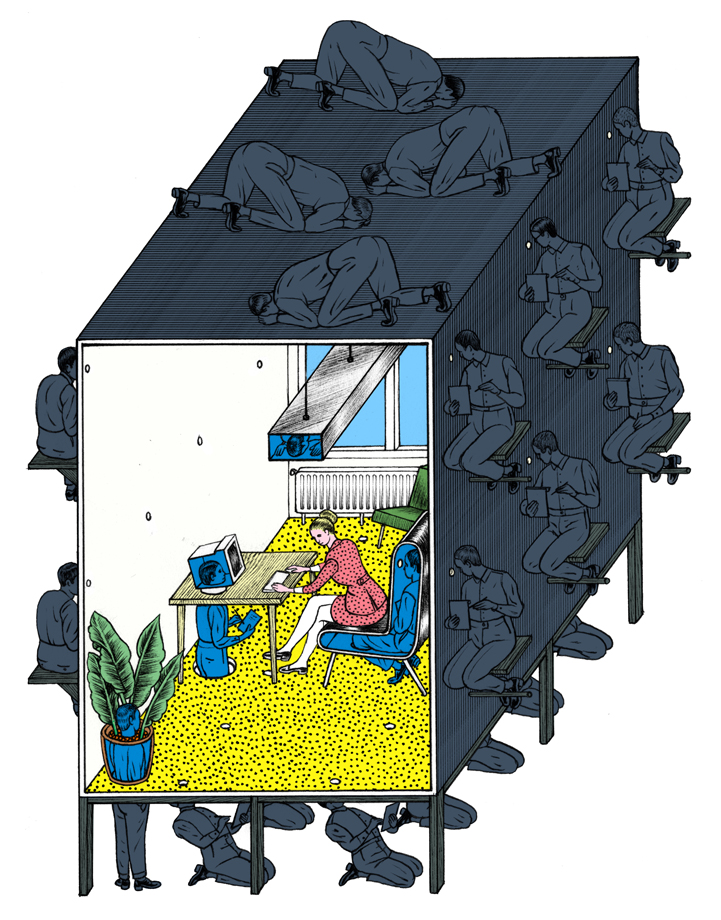 The quantified self at work, for Protein Magzine. The Oh shit, we are really in trouble - moment. Published in Vrij Nederland with an article on the book Requiem for a Species by Clive Hamilton, about climate crisis. For This American Life, commisioned on the occasion of the broadcast of their 500th episode. Illustration for the National Opera & Ballet: A subjective map of the opera house within Amsterdam, The Netherlands and Europe. DAMn Magazine:  Design Awards, for an article on the politics of design awards. 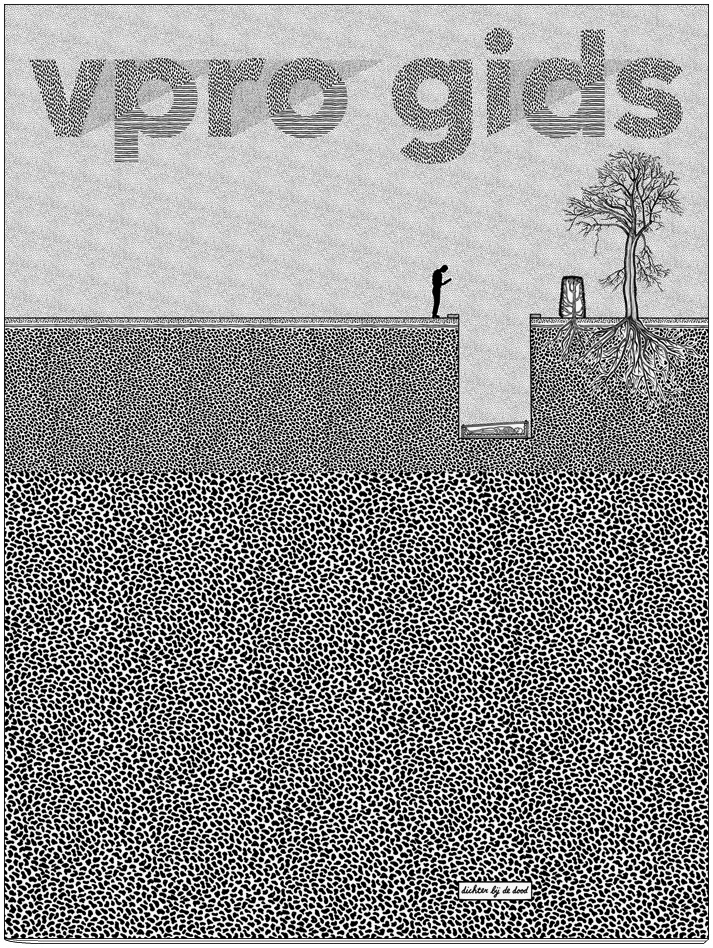 Cover for VPRO gids  on the 'Poule des Doods', on a group of poets in Amsterdam, writing and reciting poems on solitary funerals. 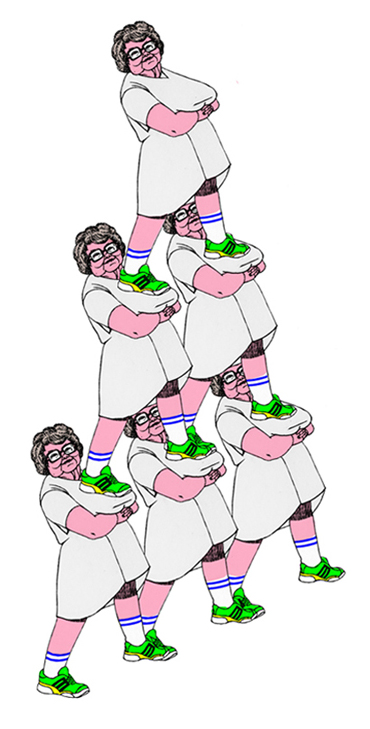 Illustration for VPRO gids  on the longevity gene.

Dutch Karakuri for Philips. This very Dutch interpretation of a Japanese Karakuri, depicts a gabber, dancing and consuming xtc pills. It was created as part of a series of robots commisioned by Philips. 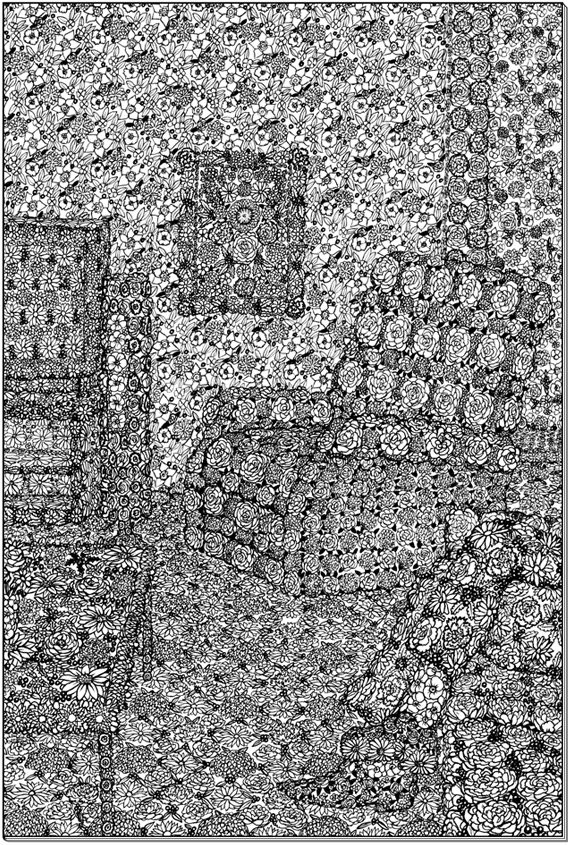 Cover for Van Speijk Magazine: 'The color in your life'.